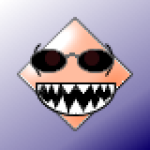 Starting from today the gifted Indian film maker, curator, producer and distributor Gargi Sen will be touching upon the social, economical, political , humane struggles of the great city of Calcutta. Being an artist of our time her work will be different from the usual geopolitical analysis Eastern Front usually present. This would be a social experiment to showcase the unheard, unknown, diverse Indian life through an artistic eye. May you enjoy !!! Photo Credit The Jakarta Post

Oh Calcutta!
I had expected better from Calcutta. It’s my janam bhoomi (land of birth) after all. I was born here
though I grew up elsewhere. Every school holiday was spent here. School holidays in my childhood
came around thrice, two months in summer, one in winter and two weeks in autumn.
Summer wasn’t bad in the high-ceilinged home of one set of my grandparents, or in the half
complete house of the other set of, bricks gleaming like gold set amidst two ponds and coconut
fronds. Separate sets of cousins inhabited both, especially in summer. They too would have come
from far for their holidays.
In the house with high-ceiling we played ‘detective’ – my brother was always the victim – enacted
scenes from movies and waited for aunts or uncles to take us out. In the house with ponds we
turned into savages, climbing trees, swimming with the weeds and eating mangoes, jackfruit,
custard apples, guavas till sick.
The city outside was truly beautiful, gracious, charming and famous for being safe for women. She
looked different with the changing seasons. Tender coconut and mangoes in Summer, Durga Puja in
October, and Winter was when the city’s British ancestry came out in full regalia.
We traversed it several times as the grandparents lived at two ends of the city, South and North.
But now I can’t find the city of my childhood. Raucous, aggressive and overcrowded this new
Calcutta leaves me no space, not even to breathe. Also, the city is filthy.
It took over six months for another city to begin revealing herself. In my walks through the narrow
streets, I find stray animals are cared for, fed and given a jute bag to sleep on. Cattle are not left free
to flow with traffic. Roadside tea shop discussions are of a very high intellectual calibre. In this over
crowded, bursting-at-the seams city, I am yet to see a beggar. Not to say poverty doesn’t exist, it
does. But there is caring and sharing. Religious differences don’t seem to matter. My house help, a
young Muslim woman, has been welcomed in all the puja pandals and temples.
My childhood city merges with another where the morning sunlight bathes all in a golden glow,
where the temple bells usher in the azaan while the ardhas makes the air holy, where the Ganga
flows on quietly, and for a while all is well…

Gargi Sen is a documentary film maker, curator, producer and distributor. She studied Visual Communication and specialised in Exhibition Design at the National Institute of Design. In 2000 she read for a MA in Mass Communication Theory at the University of Leicester, UK and was awarded a first with distinction in 2002. In 2011 Gargi was awarded the prestigious International Clore Fellowship for Arts Leadership, UK. In 2017 she was awarded the Fulbright Nehru Fellowship in the category of Academic and Professional Excellence in the Arts. She was a Fulbright scholar in residence at UC Davis, California, USA and taught and researched South Asian documentaries. Gargi has directed over 22 documentaries, mentored documentary productions around the world, and served on film festival juries nationally and globally. She co-founded two organitions, Magic Lantern Foundation (1989) and Magic Lantern Movies (2011) that work to distribute and exhibit documentaries and create conversations around documentary practice.

The One War China will wage